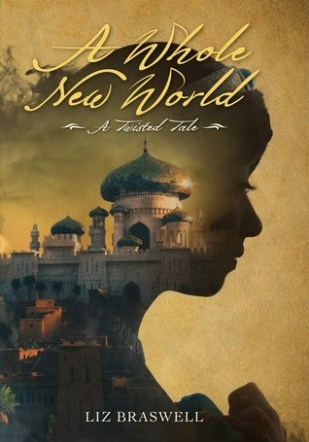 How did I get the book? Netgalley, thank you Disney Press

Synopsis: Welcome to a new YA series that reimagines classic Disney stories in surprising new ways. Each book asks the question: What if one key moment from a familiar Disney film was changed? This dark and daring version of Aladdin twists the original story with the question: What if Jafar was the first one to summon the Genie?

When Jafar steals the Genie’s lamp, he uses his first two wishes to become sultan and the most powerful sorcerer in the world. Agrabah lives in fear, waiting for his third and final wish.To stop the power-mad ruler, Aladdin and the deposed Princess Jasmine must unite the people of Agrabah in rebellion. But soon their fight for freedom threatens to tear the kingdom apart in a costly civil war.

What happens next? A Street Rat becomes a leader. A princess becomes a revolutionary. And readers will never look at the story of Aladdin in the same way again.

200words (or less) review: This is a high risk book I think. Most readers are always going to be thinking of Disney’s Aladdin – I mean that’s the main selling point. What if the hero hadn’t got the wishes?

Personally I think the story starts in the wrong place. Approximately the first 80(ish) pages are a recap of the Disney Film up to The Cave of Wonders, except for the very first chapter which is about Aladdin as a child. I wasn’t gaining anything as a reader and as the target audience will be people who know/love the Disney film. I think the book would have been better starting with when the story differs. Or at least not taking quite so long getting there.

There are new characters and the story is much darker. I liked Aladdin’s friends. Also its not clear-cut; the politics, the Thief’s Network, etc. There is no ‘this is good and that is bad’.

A Whole New World is not Aladdin but the beginning which is so similar to the Disney Film doesn’t help is making you step out of that mind-set. Overall though I did enjoy this book and I am interested to see what story is re-imagined next.