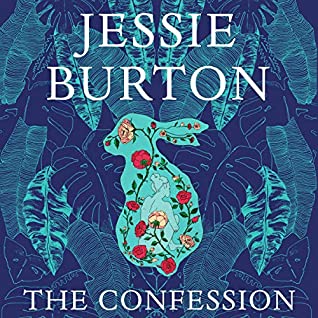 One winter’s afternoon on Hampstead Heath in 1980, Elise Morceau meets Constance Holden and quickly falls under her spell. Connie is bold and alluring, a successful writer whose novel is being turned into a major Hollywood film. Elise follows Connie to LA, a city of strange dreams and swimming pools and late-night gatherings of glamorous people. But whilst Connie thrives on the heat and electricity of this new world where everyone is reaching for the stars and no one is telling the truth, Elise finds herself floundering. When she overhears a conversation at a party that turns everything on its head, Elise makes an impulsive decision that will change her life forever.

Three decades later, Rose Simmons is seeking answers about her mother, who disappeared when she was a baby. Having learned that the last person to see her was Constance Holden, a reclusive novelist who withdrew from public life at the peak of her fame, Rose is drawn to the door of Connie’s imposing house in search of a confession….

From the million-copy bestselling author of The Miniaturist and The Muse, this is a luminous, powerful and deeply moving novel about secrets and storytelling, motherhood and friendship, and how we lose and find ourselves.

How did I get the book? Netgalley, Audiobook

Review: I am very glad the The Confession was an audiobook. I am only revisiting audiobooks as a way of enjoying stories and Hayley Atwell was a good guide through this story. I do think that if I had chosen to read this book instead of listening to is there is a high chance that it would still be sitting somewhere.

The Confession is rich in language and characters. You have two timelines which have Constance Holden in common and her impact on Elise, and then Elise’s daughter. Each of these women is so present in the story and for the reader that especially because this was an audiobook makes them feel close.

Admittedly The Confession would not have been my first choice of Jessie Burton’s novels to read (hear) but I can appreciate her writing and storytelling. I want to read one of her other books now.

I thought the story was more interesting in the second half and liked the last chapter because it could have been different characters in different times.

One thought on “The Confession by Jessie Burton, Hayley Atwell (Narrator)”