Book 1: The Seer and the Sword

Flame-haired Princess Torina knows nothing of battles and conquest until her father, the king of Bellandra, returns home with an orphaned prince from the neighbouring enemy kingdom. The boy prince is offered to Torina as a slave, but she frees him from his bonds and their unusual friendship develops in the years that follow.

But Torina faces terrible danger – she has an amazing gift that many would kill for, and when her father is brutally murdered she is forced to flee for her life. An evil usurper takes over her rightful throne, and the kingdom is ruled by cruelty and fear. Can Torina’s gift – to look into the future of others – help her win back what is rightly hers?

Review: I think it’s hard to review a book that you have so much nostalgia with. I remember how much I liked this in my teens and that is like 20+ years ago now. I also know that in my teens I read The Seer and the Sword quite a few times.

If I read this for the first time in 2022 I would probably be more critical about, but while I was re-reading my nostalgia kicked in and was set to “happy and enjoy” and for this, the book delivered. So much so that I finally decided to continue with the series and actually finally read the second and also buy the third book in the series. 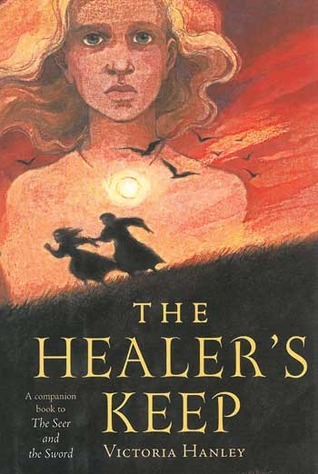 Two new students arrive at the Keep. One is Dorjan, a mysterious young man, the first foreigner ever admitted to the Keep, and heir to the family of Dreamwens-people who can walk in dreams. The other calls herself Sara, but she is the Princess Saravelda, daughter of King Landen and Queen Torina. Both Dorjan and Saravelda are hiding secrets of the past, but they must trust each other before they can act to overcome the darkness threatening the Healer’s Keep.

Across the ocean in Sliviia a talented slave girl named Maeve is sold to Lord Morlen, a man who inspires terror in all who meet him. Maeve learns that she, too, is part of the Dreamwen line. Can she use her heritage to escape?

And Jasper, a freeman of Sliviia who has survived on his wits and courage, must decide how much he will risk for love. The destiny of these four people are intertwined. Together they must confront the powers that prey upon their world.

Review: This has been sitting on my shelves for about 10 years without me picking it up. After my nostalgia read of The Seer and the Sword earlier this year I decided to finally pick it up. The story picks up about 15-20 years later and mostly focuses on the children from characters in the first book, Sara the daughter of the main characters being one of them.

I did not enjoy this as much. It felt like a lot of central characters with a lot of story and worldbuilding crammed together. This probably would have worked better for me with more book to hold this, another 200 pages (maybe?) and I dislike long books but here it felt like there was too much and not enough time or depth to really get into it. I did really like the beginning few chapters and Maeve’s story as a whole.

Book 3: The Light of the Oracle 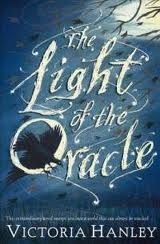 Bryn is the daughter of a humble stone-cutter. So no one is more surprised than she when the Master Priest seeks her out to become a student at the famous Temple of the Oracle; a training school for future priests and priestesses. But her innately gifted nature proves a threat to the evil embedded within the Temple, and Bryn encounters unimaginable danger. Is she able to struggle with the unknown and to save the whole world from untold misery? Or will the powers of darkness succeed?

Review: The Light of the Oracle takes place around the same time as the second book, The Healer’s Keep. However, it’s set in a different part of the world with completely knew characters. There are only occasional mentions that make you realise how it’s linked to the story in book 2.

Changing the setting and characters worked well. I enjoyed this much more that The Healer’s Keep. Bryn is likeable and the story mainly focuses on her and with some leading characters. This allows for different perspectives in the narration, but it doesn’t feel and disjointed as the book before. It reads very much like The Seer and the Sword (book 1) which I enjoyed so much when I was young.

I read this book in a day and while the ending felt a little rushed, I thought the overall story worked.