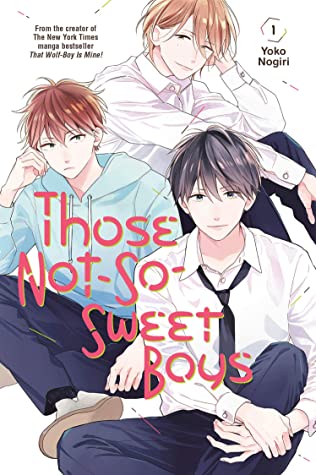 Midori drops her wallet on her first day of high school, but her new classmate Ichijo swoops in to help. She wants to thank him, but he’s part of a tight-knit trio and none of them are ever in class! Rumor has it that they all got expelled for acting up, and studious Midori’s actually at risk of expulsion, too… In order to help support her family, she has a part-time job, which is against the school rules. When the chairman of the school board catches her leaving work, he says he’ll let it go—but only if she’s up to the task of bringing the three boys back to school. Well, why not? It’ll be a piece of cake…right?

Review: The last few months have very much become a manga / comic reading phase. After having not read anything in this format for a few years it has been a lot of fun to dive back in to see how stories have changes, and reassuringly not changed.

Those Not-So-Sweet Boys has a well-tested formula of a sweet and kind protagonist (Midori) who gets roped into looking after the aloof trio of beautiful and rich outsiders. I’ve seen a few comparisons to Fruits Basket and based on the first volume I can certainly see where that comes from.

The artwork is nice and while the storyline isn’t unique, I thought all the characters were interesting and likeable. The first volume has enough information so you can make an informed choice about deciding to continue with the series, which for my part I would like to. 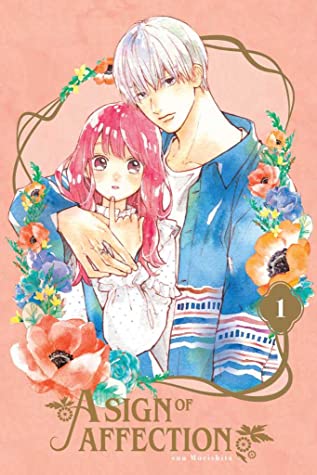 Yuki is a typical college student, whose world revolves around her friends, social media, and the latest sales. But when a chance encounter on a train leads to her meeting friend-of-a-friend and fellow student Itsuomi-san, her world starts to widen. But even though Itsuomi-kun can speak three languages, sign language isn’t one of them. Can the two learn to communicate the budding feelings between them?

Review: Neither the cover or title really sold me on this, and I was worried that this manga was going to be following down some pretty bad trope reads I’ve experienced in the past but no – A Sign of Affection is really good. Yes, it does have the familiar shojo formulars, the kind innocent protagonist, the protective childhood friend (who will obviously become a love rival), the handsome kind stranger, etc. but they complement the story. It’s more of a reassurance then a predictable patten. Also while I really didn’t like the cover of the book the artwork inside is lovely and I actually think the cover does it a disserve.

The best thing about this manga though is that Yuki isn’t written as helpless, yes, the meeting with Itsuomi is because she is flustered, and he helps her but Yuki is independent.

As the end of the first volume there is an interview with the authors and on the team is also Yuki Miyazaki. She supervises the use of sign language within the manga and shares her experiences with the authors. 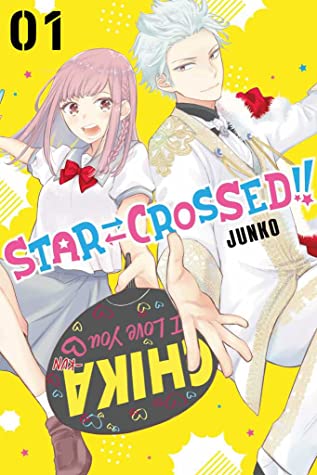 Azusa lives for only one man: Chika-kun, of the idol group Prince 4 U. But when she accidentally dies trying (and failing) to save him, she can’t believe her luck — to be in literal Heaven with the man she loves! But never one to lie, God says this one is on him, and sends them both back to continue their lives… but there’s just one little problem. Their souls have been sent to the wrong bodies! And not only that — they can switch back and forth by kissing? What on Earth does fate have in store for them?

Review: As a first volume Star⇄Crossed!! doesn’t provide much beyond what you already learn in the blurb. Azusa idolises Chika-kun, her “room” is a shrine, she can quote magazine interviews and knows by how much got his hair cut. So maybe idolise is underselling it.

While Azusa is rather full-on, she still comes across as kind. Of everyone she is the most rounded character in this volume but given that nobody else really has much beyond a basic overview I don’t think that says much at this stage.

Star⇄Crossed!! has a lot of potential and the first volume is ok, I don’t there could have been more to entice the reader but I do want to try the next book to see how this develops.