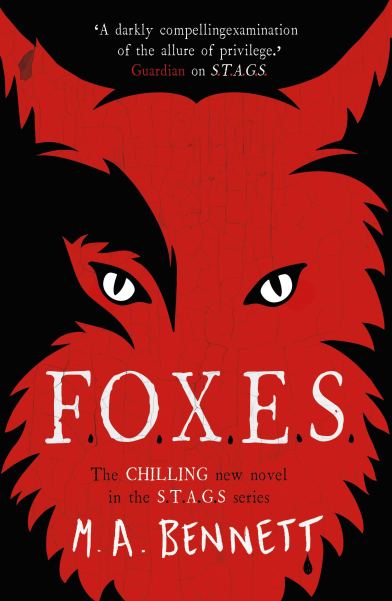 Greer has just recovered from her terrifying experience during the STAGS play. Was she really put on trial by the sinister Dark Order of the Grand Stag? Or was it purely her overheated imagination? The imprint of an ‘M’ for murderer that has appeared on her thumb, though, is puzzling but incomplete evidence . . .

Meanwhile Ty is staying on at Longcross Manor and Greer, Nel and Shafeen are increasingly worried for her safety. When Ty sends a cryptic message directing them to Cumberland Place, the de Warlencourts’ palatial home in London, they decide to risk a visit. There they meet Henry’s grieving parents, Rollo and Caro. Rollo is arrogant, entitled and not overly grieving. Caro, however, while superficially charming, is clearly pushed to the brink of madness by Henry’s death, insisting that Henry is still alive. Which is clearly impossible . . . but Greer has her own troubling doubts about Henry’s death which make it hard to dismiss Caro completely . . .

Can Greer, Shafeen and Nel work out what Rollo de Warlencourt is planning for his deadly Boxing Day Hunt at Longcross in time to save Ty – who has now gone silent? Or will history horribly repeat itself?

A thrilling, richly complex instalment in the STAGS series

Five Favourite Things About your Protagonist
by M. A. BENNETT

I’ve been living with Greer MacDonald for three books now and there are two more to go! Here are my five favourite things about her:

2               She’s a film nerd like me. She’s constantly referencing her favourite movies. As I know from the feedback from my own friends, that can be annoying! But that’s how she sees the world – through a lens.

5               She’s a reliable narrator. Some of my favourite high school movies, such as Clueless or Heathers, have a narrator holding your hand. Because Greer speaks in the first person, we get all her bad jokes and observations directly.

M. A. BENNETT is a history graduate of Oxford University and the University of Venice, where she specialised in the study of Shakespeare’s plays as a historical source. Her first YA novel, S.T.A.G.S., was published in 2017 and was shortlisted for the YA BOOK PRIZE 2018, winning various awards such as the Warwickshire Secondary Book Award 2019 and the Sussex Coast Schools Amazing Book Award 2019, both voted by students, and won the Great Reads ‘Most Read’ 2018 Senior Award.