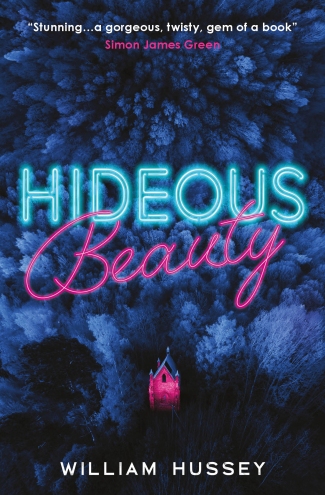 When Dylan and Ellis’s secret relationship is exposed on social media, Dylan is forced to come out. To Dylan’s surprise they are met with support and congratulations, and an amazing reception at their highschool dance. Perhaps people aren’t as narrow-minded as he thought?

But Dylan’s happiness is short-lived. Ellis suddenly becomes angry, withdrawn, and as they drive home from the dance, he loses control of the car, sending it plunging into Hunter’s Lake. Barely conscious, Dylan is pulled free of the wreck, while Ellis is left to drown.

Grief-stricken, Dylan vows to discover what happened to Ellis that night and piece together the last months of his boyfriend’s life – and realises just how little he knew about the boy he loved.

It really isn’t any exaggeration to say that LGBTQ+ YA books not only changed my writing life, they saved me.

In the depths of grief, I picked up Becky Albertalli’s SIMON vs THE HOMO SAPIENS AGENDA and suddenly this shaft of rainbow light flooded into my darkness. At the time, I had just lost my Mum to a long battle with lung cancer and sepsis. I watched the person I loved most in the world fade away before me. In the weeks and months following, I moved like a ghost through my life, unable to respond emotionally to anything (it was an experience that would later inform how I wrote about Dylan McKee’s journey through grief and heartache in HIDEOUS BEAUTY).

And then I met Simon Spier and his friends. This beautiful, generous, life-affirming story of gay first love. Halfway into the book, I started to cry. Not only because I loved the characters but because, through their emotional ups and downs, I began to feel reconnected. That’s the power of stories, you see? In our darkest times, when even family and friends might not be able to reach us, stories find a way.

After SIMON, I began to devour LGBTQ+ YA. Anything and everything I could get my hands on: John Green, Rainbow Rowell, Jandy Nelson, Brent Hartinger, David Levithan, the list goes on and on. Not only did these books provide comfort and solace, they also started to inspire me. I began to feel the itch to write again. Although I had been a published children’s author for some time, I’d taken a long break from writing to look after my Mum. In this gap, the publishing industry had changed. I hadn’t considered creating a book with a queer main character before because, when I started out, it just didn’t seem that publishing was welcoming of these kinds of stories. Now I could see that own voice narratives were not only acceptable, they were being championed!

My journey towards creating HIDEOUS BEAUTY was one of the most joyful in my writing life. I’m a great believer in researching your subject thoroughly before putting fingertips to keyboard, and so I spent many happy months in the company of the most incredible, diverse and inclusive books.

Adam Silvera broke my heart and broke it again with THEY BOTH DIE AT THE END (a concept breath-taking in its audacity) and HISTORY IS ALL YOU LEFT ME (a guide for the emotional resonance I wanted to achieve with HIDEOUS BEAUTY). Simon James Green – who would later provide a humbling cover quote for my own book – became a bit of a hero of mine with his NOAH novels, showing me that, amid some of the most hilarious moments ever written in YA, real poignancy could be achieved. Juno Dawson proved to be inspirational in her often trailblazing and always moving stories of queer characters existing in a world that remains unfailingly hostile towards them. Favourites as I went on included the psychologically complex writing of Bill Konigsberg in books like OPENLY STRAIGHT – a captivating novel about identity and growth that refuses to play to narrative stereotypes and gives us the most perfect, if bittersweet, ending. Meanwhile, with the wickedly inventive and playful CARRY ON, Rainbow Rowell showed me that a rip-roaring plot could certainly be part of this new horizon of LGBTQ fiction for older children.

I tried to learn from each of these examples. To keep the joy of Albertalli while reflecting the captivating darkness of Silvera. To inject a little of the comedy and humanity of Simon James Green while tackling important issues with the frankness of Juno Dawson. To layer my characters in a way that Bill Konigsberg might while building a page-turning plot in the style of Rainbow Rowell. These were giddy goals to set myself – writers at the very top of their game – but if I’ve managed to emulate even a fraction of their example in HIDEOUS BEAUTY, I’ll be happy.

What delights me most of all is that queer characters just keep coming! On the horizon we have BOY QUEEN by George Lester and FALL OUT by CJ Moore – books I have recently read and fallen in love with. We are living in a golden age of LGBTQ+ literature – a spectrum of important and joyous stories. I only hope that, as Becky Albetalli reached me with Simon Spier just when I needed him, Dylan McKee in HIDEOUS BEAUTY might touch someone in their moment of darkness.