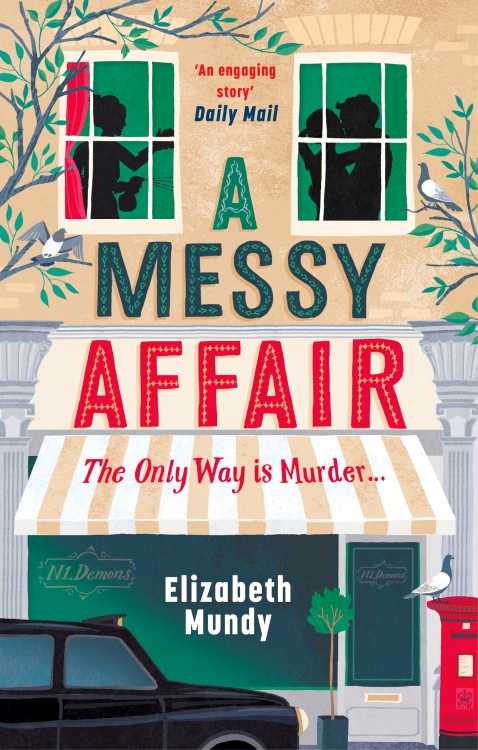 The only way is murder…

Lena Szarka, a Hungarian cleaner working in London, is forced to brush up on her detective skills for a third time when her cousin Sarika is plunged into danger.

Sarika and her reality TV star boyfriend Terry both receive threatening notes.  When Terry stops calling, Lena assumes he’s lost interest. Until he turns up. Dead. Lena knows she must act fast to keep her cousin from the same fate.

Scrubbing her way through the grubby world of reality television, online dating and betrayed lovers, Lena finds it harder than she thought to discern what’s real – and what’s just for the cameras.

Book Review: This is the third book in the The Lena Szarka Mysteries Series, however it was the first time I read about Lena and her detective skills. I do think there would have been another level of enjoyment if I had read the previous books, especially the first book as there Lena mentions her friend Timea often.

A Messy Affair was a good introduction into a genre I don’t often read. Lena is meticulous and determined. The story layout and her approach to working out the mystery reminded me of TV mysteries that you curl up with. There are clues for the beginning and it’s up to the reader if they work out the mystery before or alongside Lena.

Personally, Cartwright did nothing for me, I much preferred Lena as she worked alone. I liked her clients, especially the former journalist who provided a sounding board for Lena as she tried to understand what was happening.

If you’ve not read a Lena Szarka Mysteries before I do think that starting with In Strangers’ Houses is the way to go, just because of the character building. There are enough clues in this one that I am certain Elizabeth Mundy first book is just as pleasant as A Messy Affair, which was a lovely way to rediscover a genre I haven’t read in a long time.

Author Bio – Elizabeth Mundy’s grandmother was a Hungarian immigrant to America who raised five children on a chicken farm in Indiana. Elizabeth is a marketing director for an investment firm and lives in London with her messy husband and two young children. She writes the Lena Szarka Mysteries, featuring a Hungarian cleaner as detective.
http://www.elizabethmundy.com

One thought on “A Messy Affair #BlogTour”