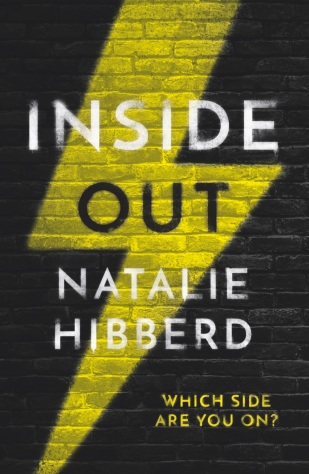 In a divisive world of mistrust and murder, there’s only one thing that matters growing up: you’re either in The Inside or The Outside.

While the Insiders appear pampered and privileged, the Outsiders know only harsh realities. Believing themselves to be needlessly deprived of everything the Insiders have, the younger generation channel their rage into a terrorist group called The Freedom Fighters, a group intent on overthrowing the Inside at any cost. Now the Insiders must watch as the world they love collapses around them while the government resort to increasingly desperate tactics to try and contain the Outside threat. When the latest initiative catapults one of the young into the heart of the war, everything is pushed to breaking point.

Loyalties will be tested. Lives will be risked. Their worlds will change forever.

Of all the lists I have made for this blog tour, choosing my top 4 inspirational women is the hardest one to narrow down. So many women have revolutionised the world we live in that a collection of just five names doesn’t even scratch the surface of those that have had the biggest impacts on my life and writing.

That said, here is my attempt to share the stories belonging to just a fraction of the most inspiring women I have ever run across, in print, broadcast and (in one case) real life:

Constance Lytton was a fierce warrior of the fight for women’s suffrage, despite the trials of a pre-existing heart condition and suspected clinical depression. Arrested in 1909, she was enraged by the preferential treatment her aristocracy gave her and so (in a manner not dissimilar to Layna from Inside Out) went undercover as commoner Jane Warton. Enduring a hunger strike, force-feeding, heart attacks and a stroke, she wrote a book about her experiences whilst partially paralysed and died at the age of 54 due to the hardship her body had endured. Her name might not be as famous as Pankhurst or Davison but for me, she embodies the jaw-dropping courage of the women who fought for the freedoms we now enjoy. 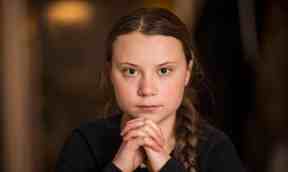 Like most of the world, I have been enthralled and humbled by the passion and dedication this sixteen-year-old environmentalist has brought to the issue of climate change resistance. Her integrity and conviction have moved me to tears and when I see the grace with which she handles the vitriol directed towards her by vicious, misguided internet trolls – I am astounded. Greta is living proof of the change young people can set in motion and I feel humbled to be a member of her generation.

An inspiration to writers everywhere, Rowling was the first celebrity role-model I ever had and remains a source of admiration to this day. From her skill at the craft I love so much, to her triumph against insurmountable odds – there is so much that marks her out as my ultimate writing hero.

There are no words powerful enough to describe the heroism of this young woman, whose activities have justly garnered so much international recognition. No matter what hardships she has had to endure, Malala has kept the plight of others at the forefront of her activism. She is an idol for so many, in my generation and beyond, and is a testament to the extraordinary power one person’s words can hold.

Where would I be without this one-of-a-kind, extraordinary, selfless wonder of a woman? Whether it be toiling along side me through the everyday drudge of a physical disability or comforting me during some truly bleak and terrifying moments – nothing I have ever achieved would be possible without her. Inside Out is dedicated to you Mum – and I love you very, very much!

Natalie had a local radio interview you can listen but click on this link:
https://drive.google.com/file/d/1ptRZTWFlMlUnOGUAx3zTbmkR5xmxh08Q/view?usp=sharing
note: she comes on at 13 minutes in for about 10 minutes. 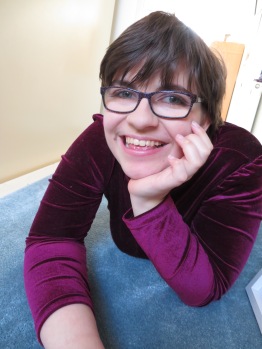 Natalie Hibberd was born in Portsmouth and has wanted to be an author since she was two years old. She is publishing her debut novel Inside Out, independently with Matador, aged 21. Natalie was born with cerebral palsy. When she isn’t writing and reading, she enjoys singing, amateur dramatics and listening to podcasts. Natalie lives in Petersfield, Hampshire, with her parents and her assistance dog, Cleo.

Inside Out is available in paperback and e-book on 30 November.