This year I’ve read many graphic novels, comics and also returned to my trusted favourites; manga. Below is batch #1 of the high and lows of what I’ve read of the last couple of months, with a few comments / mini-reviews.

If you have any recommendations for future reads, do list them in the comments. 🙂 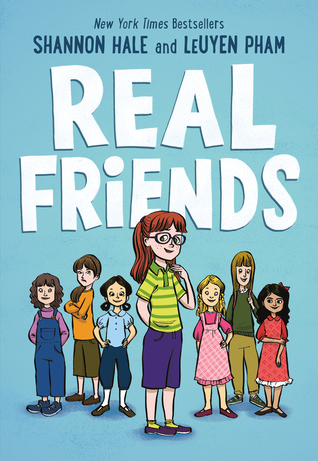 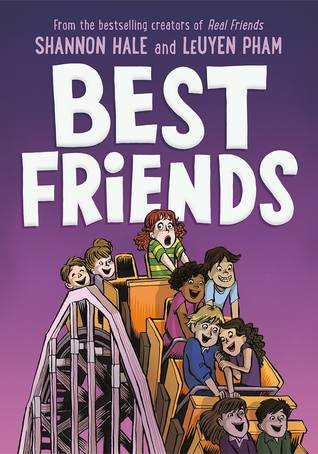 Newbery Honor author Shannon Hale and New York Times bestselling illustrator LeUyen Pham join forces in this graphic memoir about how hard it is to find your real friends―and why it’s worth the journey.

When best friends are not forever…

Shannon and Adrienne have been best friends ever since they were little. But one day, Adrienne starts hanging out with Jen, the most popular girl in class and the leader of a circle of friends called The Group. Everyone in The Group wants to be Jen’s #1, and some girls would do anything to stay on top . . . even if it means bullying others.

Now every day is like a roller coaster for Shannon. Will she and Adrienne stay friends? Can she stand up for herself? And is she in The Group―or out?

Luna’s Review: Really enjoyed both books, the way “friendship” is portrayed hit home a lot. In fact, I got a lot more choked up reading Real Friends than I anticipated. Plus, Best Friends is a wonderful sequel, I loved the inclusion of Shannon’s creative writing. Both Real – & Best Friends shows how complex friendships are. How it can be political and stressful to fit in, yet you still retain friendships that are bad for you. Much of the story was like a memory trip. 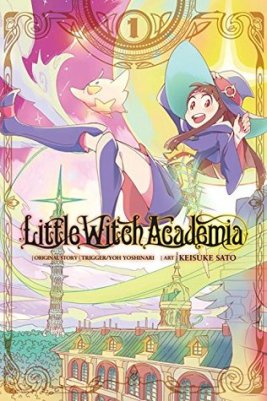 “Reach out your hand, and your story will begin!”

Those words changed young Atsuko “Akko” Kagari forever, sparking in her a lifelong dream of becoming a real witch. Now she’s been accepted to the same school as her childhood hero, Shiny Chariot-the prestigious Luna Nova Witchcraft Academy. As the only student to come from a non-magical family, Akko finds herself surrounded by prodigies from around the world, but giving up isn’t in her vocabulary. Whether it’s making friends, proving the doubters wrong, or just flying on a broom, Akko is going to make her fantasy a reality!

Luna’s Review: I bought this on holiday because it looked cute and I hadn’t read a manga in forever…. I didn’t actually make the connection that there was an anime serious until later. So, I have now started the Netflix show because it’s fun.

As for the manga it delivered exactly what I expected, cute drawing, somewhat irritating hapless but adorable heroine and magic. It’s not a ground-breaking manga but it’s a comforting familiar formula that is enjoyable to read. 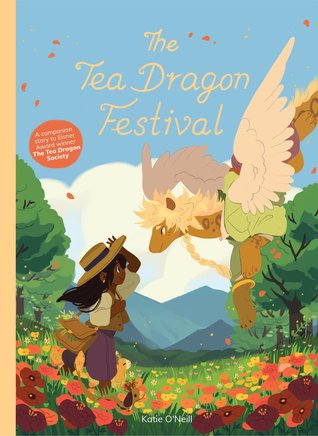 Rinn has grown up with the Tea Dragons that inhabit their village, but stumbling across a real dragon turns out to be a different matter entirely! Aedhan is a young dragon who was appointed to protect the village but fell asleep in the forest eighty years ago. With the aid of Rinn’s adventuring uncle Erik and his partner Hesekiel, they investigate the mystery of his enchanted sleep, but Rinn’s real challenge is to help Aedhan come to terms with feeling that he cannot get back the time he has lost.

Luna’s Review: Just like the first, this so beautiful and imaginative ❤️

Nancy Drew: The Palace of Wisdom by Kelly Thompson and Jenn St-Onge (Illustrator) 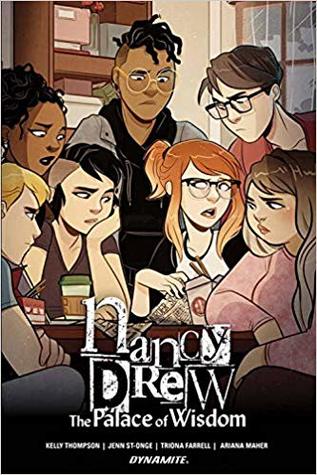 Nancy Drew is seventeen and good at everything…

ESPECIALLY solving crimes. But her totally-in-control-and-obviously-running-perfectly-smooth-(but-not-really) life hits a snag when a mysterious message drags her back to the hometown she left behind. There she’ll have to find out which of her friends are still her friends, which are enemies, and who exactly is trying to kill her…and (hopefully) stop them before they succeed.

Luna’s Review: I so wanted the love this. I was super excited to read it and the art is great but… It’s jumbled and just trying too hard.

Everything and the kitchen sink is thrown in. At times the story feels like a check box of trying to include characters and it’s less about a story and more about the “must have this, this, and this”. Also, Nancy’s inner monologue is annoying and makes her unlikable as a character. She’s selfish and inconsiderate and her inner narrative does not make her actions understandable but just reinforces her being self-absorbed.

In Real Life by Cory Doctorow and Jen Wang (Illustrations) 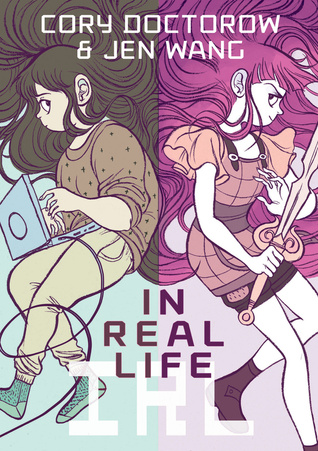 But things become a lot more complicated when Anda befriends a gold farmer–a poor Chinese kid whose avatar in the game illegally collects valuable objects and then sells them to players from developed countries with money to burn. This behavior is strictly against the rules in Coarsegold, but Anda soon comes to realize that questions of right and wrong are a lot less straightforward when a real person’s real livelihood is at stake.

Luna’s Review: Enjoyed the story and adore the artwork!

Publishes end of April!!! with @harpervoyager_uk
Wow, how beautiful is this #bookpost 👀
Lovely #bookpost this week. This arrived earlier this week: #OurSisterAgain by @sophiecameronbooks 💙
Louie has discovered @illumicrate
Out tomorrow!
After the morning from hell this surprise from @barringtonstoke was wonderful. Thank you so much. ❤️🥰