From an award-winning author a haunting re-imagining of one of the most celebrated gothic tales ever written.
This is the untold story of the brides of Dracula. 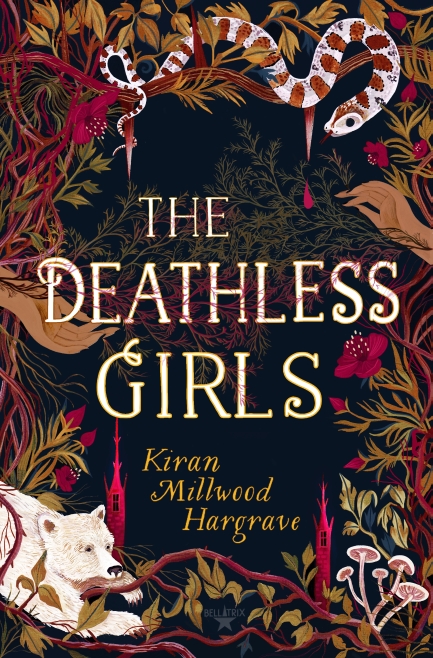 Seventeen-year-old Lil and her twin sister Kizzy are brutally snatched one night, taken far from the travelling community they so love. Their abductor is the cruel Boyar Valcar who sells them to a castle kitchen where they are forced to work as slaves.

Lil befriends fellow slave Mira, a girl she’s inexplicably drawn to, and the pair comfort each other, drawing strength from their friendship to help cope with the awful situation they have been put into. She learns of the mythical Dragon – a creature which is rumoured to accept young girls as gifts.

Kiran Millwood-Hargrave said: ‘The central joy of re-visioning Dracula’s ‘dark sisters’ is that Dracula himself was a reincarnation, a forging of many different myths into a single enduring creation. I came late to Stoker’s classic but it has permeated my consciousness for years…the story is porous and ripe for re-imagining. My ‘brides’ are sisters, twins and travellers. This is a much persecuted culture throughout history and has its origins in Northern India, where my own family are from. Drawing on the darkness of history and mixing it with the glitter of fantasy, I have a place for my beloved characters to wrestle with fate, lust, death and evil. Most of all, I hope to have fulfilled Bellatrix’s admirable aims, and gifted these women something of a life beyond Dracula’s lines.

Review: Kiran Millwood Hargrave’s story telling the origin of two of Dracula’s bride’s is luscious. Having already enjoyed two other books by this author I knew the writing would be engaging but The Deathless Girls was even more captivating than anticipated. I was loathed to put it down and pretty much read this in one sitting.

While the word “delicious” isn’t exactly right, something about the writing and the world that Kiran Millwood Hargrave builds makes each new page delectable, a treat for your senses. For a story death the journey Lil and Kizzy have is vibrant and alive.

I think The Deathless Girls might be my favourite book by this author to date.

Previously reviewed:The Island at the End of Everything
The Girl of Ink and Stars by Kiran Millwood Hargrave 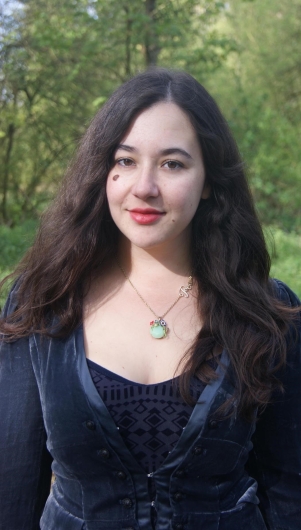 KIRAN MILLWOOD HARGRAVE is an award-winning poet, playwright and bestselling novelist. Her debut novel for children, The Girl of Ink and Stars, won the Waterstones Book Prize and the Children’s Book of the Year at the British Book Awards. Her work has been long and short-listed for several other major prizes, including the Costa Award and the CILIP Carnegie Award. The Deathless Girls is her first novel for Young Adults.

Kiran Millwood Hargrave is a graduate of both Oxford and Cambridge universities and lives by the river in Oxford with her husband and cat.

4 thoughts on “The Deathless Girls by Kiran Millwood Hargrave”