This time last week I was at Andersen Press for their first ever Blogger Brunch. It was great. Full of wonderful people, many books, treats and ooh yeah authors. ♥ 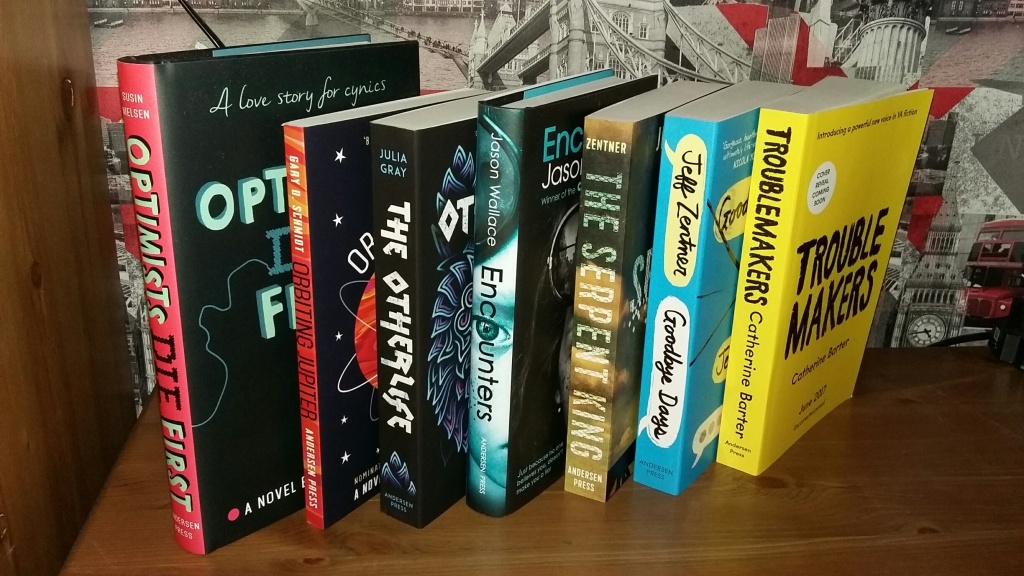 So you’re obviously asking which books you need to be excited about. Well I want to say ALL of them but that’s a big list, so I’ve picked my top 5.

First up Optimists Die First by Susin Nielsen which is out already, just click on the title for my review. If you’ve not a book by Susin Nielsen before then you’re in for a treat. If you have, well you know exactly why her books a fun.

There is also a Quiz, so you can find out if you’re doomed optimist or a wise pessimist?

Next, Encounters by Jason Wallace.

Q&A with Jason Wallace for #Encounters at #AndersenYA
Read Out of Shadows earlier this year so super excited 😊 @AndersenPress pic.twitter.com/zAAx09tMLI

I read Out of Shadows so was excited about Encounters before I even arrived. And then Jason Wallace started talking about it….

Just FYI, these books aren’t in order of my excitement for them. Because that would take too long to sort out.

Things A Bright Girl Can Do by Sally Nicholls

This is the blurb:

Through rallies and marches, in polite drawing rooms and freezing prison cells and the poverty-stricken slums of the East End, three courageous young women join the fight for the vote.

Evelyn is seventeen, and though she is rich and clever, she may never be allowed to follow her older brother to university. Enraged that she is expected to marry her childhood sweetheart rather than be educated, she joins the Suffragettes, and vows to pay the ultimate price for women’s freedom.

May is fifteen, and already sworn to the cause, though she and her fellow Suffragists refuse violence. When she meets Nell, a girl who’s grown up in hardship, she sees a kindred spirit. Together and in love, the two girls start to dream of a world where all kinds of women have their place.

But the fight for freedom will challenge Evelyn, May and Nell more than they ever could believe. As war looms, just how much are they willing to sacrifice?

Next up, TroubleMakers by Catherine Barter

Hearing all about #TroubleMakersBook at #AndersenYA brunch. Which is out in June. Sounds good. @AndersenPress pic.twitter.com/3snS3nW0Wf 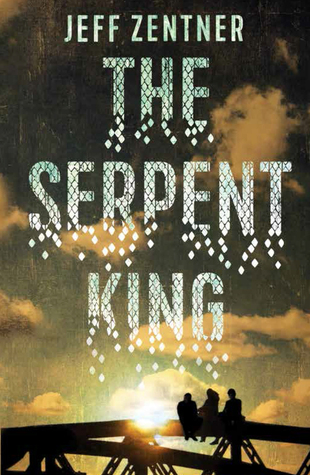 Ok so, Goodbye Days by Jeff Zentner (April 2017) was going to be my 5th but I haven’t actually read his debut yet. And The Serpent King sounds even more like a me book. Thankfully Andersen had copies so I grabbed one and I’m picking that as mine. However given the buzz around Goodbye Days I totally see why that could be yours. 😉

There are of course many others too choose from, check out #AndersenYA