Anna McKerrow works on creative writing projects for the reading charity Booktrust, which is where she became interested in Young Adult fiction. (It wasn’t around when she was 15; she went straight from Judy Blume to Jackie Collins). She has also published four volumes of poetry and taught creative writing in adult education for 7 years. She also provides school workshop and book event consultancy to writers and publishers.

Anna is a Pagan, reads the tarot, is a Reiki practitioner, and is a little bit obsessed with stone circles. She believes passionately, like Alan Moore, that creative activities such as writing are a kind of magic in themselves.

You can find Anna on Twitter on @AnnaMcKerrow, see her witchy tumblr here, and the Pinterest board for CROW MOON here. She also has a Facebook author page. 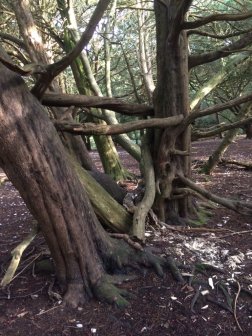 “Oh right. Getting pissed and shagging in the woods,” he cracked his beer open and looked wistful for a minute. “God. Why isn’t everyone pagan?”

Why indeed? It’s a non-hierarchical, diverse, inclusive, nature-loving faith which treats the great outdoors as a temple, and celebrates the essential sacred balance of all things by recognising a feminine as well as masculine deity. You get to worship a Goddess! Wooooo! More than one Goddess!!! They’re kick ass and awesome and (just thinking about its appeal to women here for a minute) celebrate a woman’s control of her body, her mental, emotional and psychic skills and the power of her sexuality (whatever sexuality or lack of it that may be)! This surely is welcome news. And you get to celebrate 8 festivals a year as well as full moons, new moons… it’s a whole big thing.

The 2011 Census measured approximately 79,283 pagans, witches, druids, new-agers, shamans, pantheists and heathens in the UK.[1] Bear in mind, too, that these numbers represent only the people that filled in the census and were bothered enough to send it back, not the thousands of UK citizens that weren’t on the electoral roll (hippies are rubbish at registering to vote), or, like me, did fill it in but didn’t reply to that bit because at the time I thought it was none of the ONS’ damn business. (It also doesn’t include whatever pagan proportion of the 176,632 people that gave Jedi Knight as their religion. Which I can imagine a fair few Star Wars-loving pagans may have done.) Dr Ronald Hutton, historian at Bristol University, estimates there are 250,000 pagans in the UK, roughly equivalent, according to the 2011 figures, to UK Buddhists or Jews. 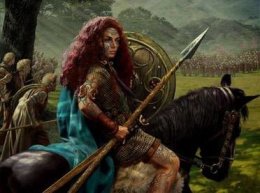 So there are a lot of pagans just in our little country, mostly doing ordinary jobs and having ordinary lives. Hell, even Viv from Viv and Ralf on Gogglebox has the triple moon symbol on her front door. And yet, even in these times of growing tolerance for all manner of diversity, the pagan community very rarely sees itself reflected accurately and satisfyingly in the arts – TV, film, literature. Never mind historical documentaries of interest which are ALWAYS annoying and disappointing because the key Goddess religion info is always left out. Just recently my friend and I watched a very interesting BBC documentary about Boudicca and the Celts – a subject close to both of our hearts, as Boudicca was a pagan queen, and we both work with the Celtic goddesses Brighid and Morrigan. Imagine our disappointment when absolutely nothing was explained about the Celts’ goddess religion, which would have filled in so many gaps in understanding why it was such an insult for Boudicca’s land to be taken by the Romans, and how she held the power that she did. She wasn’t just a feisty redhead. She was Queen of her tribe, she was Goddess of the land that the invading patriarchy raped. The Roman invasion of Britain was a battle for the sovereignty of the land, which, sadly, the Celts lost, and we have lost respect for our wonderful land, for women and for the divine feminine since patriarchy has been in control ever since. None of those things is a coincidence.

So what have we learned? Say it with me.

FEMALE GODS SCARE THE CRAP OUT OF THE MAN.

I WILL NEVER LOOK AT A KIDS WITCH ON A BROOMSTICK IN THE SAME WAY, SHIT ANNA YOU’VE RUINED IT FOR ME, DISNEY WAS MESSED UP

For books? I’d like to see more religion, more real faith, more mysticism in fiction and in popular culture – and entertainingly rock n’ roll faith too, not Songs of Praise-esque throat-wranglingly awful stuff. Can’t we have characters just popping off to the synagogue or meeting at Holi or Beltane celebrations without the story being about their religion, per se? And, importantly, in some stories, actually, let’s have a relevant and contextual genuine understanding of the benefits of a religion. Let’s have an insight into the depth and beauty of that mystical path. Let’s see people being amazing to each other in the true spirit of their faith. Let’s stop stripping the gods out of the stories. And if we do that, maybe pagans won’t seem so ridiculous after all. 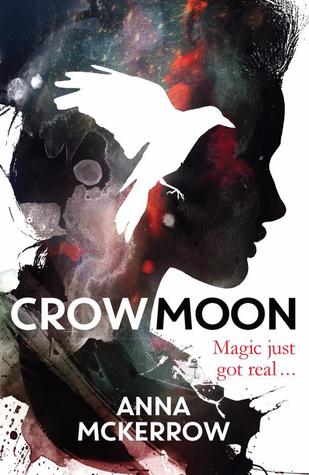 Danny is a fun-loving 16-year-old looking for a father figure and falling in love with a different girl every day. He certainly doesn’t want to follow in his mum’s witchy footsteps.

Just as his community is being threatened by gangs intent on finding a lucrative power source to sell to the world, Danny discovers he is stunningly powerful. And when he falls for Saba, a gorgeous but capricious girl sorceress, he thinks maybe the witch thing might not be such a bad idea…

But what cost will Danny pay as, with his community on the brink of war, he finds that love and sorcery are more dangerous than he ever imagined?

Wickedness and passion combine in this coming-of-age adventure.

One thought on “Guest Post by Anna McKerrow #DiversityMonth”