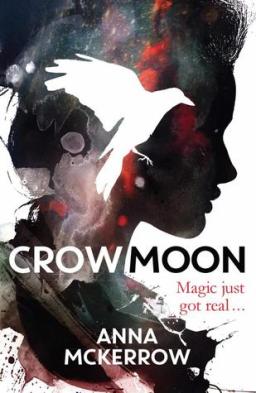 How did I get the book? StorytellersInc Book Club

Synopsis: Danny is a fun-loving 16-year-old looking for a father figure and falling in love with a different girl every day. He certainly doesn’t want to follow in his mum’s witchy footsteps.

Just as his community is being threatened by gangs intent on finding a lucrative power source to sell to the world, Danny discovers he is stunningly powerful. And when he falls for Saba, a gorgeous but capricious girl sorceress, he thinks maybe the witch thing might not be such a bad idea…

But what cost will Danny pay as, with his community on the brink of war, he finds that love and sorcery are more dangerous than he ever imagined?

Wickedness and passion combine in this coming-of-age adventure.

200words (or less) review: There is a sequel to Crow Moon which is out in March 2016 so this is not a standalone book. However while the ending does set you up for what is to come, you’re not left hanging.

Crow Moon has a complete story, no frustrating cliff-hangers.

Anna McKerrow is very thorough is creating the Greenworld her characters live in. It’s an intricate environment, richly described, giving the reader a good understanding of the history and the magic that is so important. I liked the world building, it does mean that Crow Moon isn’t a quick read (at least it wasn’t for me) but I found Greenworld interesting to explore.

Personally I did not connect to Danny, as this book is narrated by him that was a bit of a struggle. Both him and Saba were probably my least favourite characters and consequently I had no investment in their relationship. However I thought Melz was great and hopefully she’ll be around more in book 2.