At the time this post goes live I’ll be on the train to Manchester Airport so I can fly to New York. I know I said going to BEA was a plan but going this year wasn’t actually on the cards and then it sort of happened and even now despite the flight ticket, confirmations and everything I’m still not really convinced it is happening. Flying over 3300 miles for books…

If you’re going to be at BEA tell me in the comments. There is Wi-Fi at the place I’m staying (apparently) so I should be able to keep up to date. Or let me know on twitter, @lunaslibrary I’ll be the lost-looking Brit with red hair. 😉

Anyway, since it’s a Top Ten Freebie I figured I’d pick the things I hope to do both at BEA and while I’m in New York. Hopefully I’ll manage all of them… also if you have any tips or suggestions again stick them in the comments!

I’m not really sure what I’m going to take from this. Meeting a lot of new bloggers is definitely a highlight and there are a few things in the schedule that caught my eye. I’m also quite interested to see how the US Publishers view bloggers and if it differs from the UK.

It’s going to be tight getting there straight after the Blogger Conference but I hope it’ll work out. There are a lot of authors there I’m excited about and maybe if I can I’ll also manage the Kids Author Carnival on Saturday night.

It’s the reason I’m going in the first place. The main pull is the books and the chance to meet US authors I’d never see otherwise. Still a bit freaked out buy how massive BEA is, I feel like I should be taking a compass. 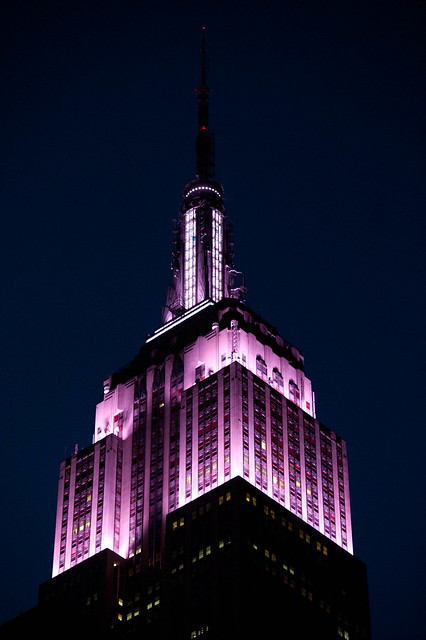 There are so many things to do in New York, too many. In the end I decided I could only pick a handful of things, and Empire State Building and/or Top of the Rock won. Ideally I’d like to do both but if I have to I’ll settle for one of the two.

As I’ve never been I might be completely wrong but BookCon seems more relaxed than BEA. Like the party after all the work. There are also a lot of authors signing on the Saturday that I’m excited about then then there is…

I know there are many interesting panels both at BEA and BookCon but this one is extra special. Apart from the amazingess #WeNeedDiverseBooks is in it’s on it’s on right there is someone really really awesome on the panel. *drumroll*

I am so proud of my friend right now I can’t even find the words. Marieke is the founder of DiversifYA (see link in the sidebar) and will be one of the speaker along with Aisha Saeed, Ellen Oh, Grace Lin, I.W. Gregorio, Jacqueline Woodson, Lamar Giles, Matt de la Peña & Mike Jung.

#WeNeedDiverseBooks is so important.

All the details are HERE

Has to be done! I’m sure there will be book shopping during the day as well but there is something about doing is when shops in the UK would normally be closed that is kind of magical. Plus you know the rule done you? Books you buy on holiday don’t count. Ever.

Day out with a New Yorker

I have a friend who lives in Brooklyn that I haven’t seen in 4 years now. The only thing I know about Sunday after BookCon is that I’m spending the day with her. No idea where were going or what we’re seeing but that’s part of the excitement.

The place I’m staying it only a couple of blocks away so I plan on exploring… although I confess the size of Central Park is quite daunting.

When I come back…