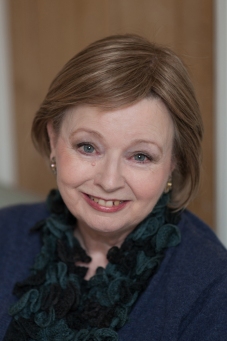 Patricia Elliott was born in London, but grew up in Europe and the Far East. A voracious reader since childhood (where she had the resources of ten different school libraries), she also made up ghost stories to scare her friends! As an adult, she worked in publishing in London and in a children’s bookshop in New York. She now teaches a course in children’s literature at an adult education college, and is writing further novels. She lives in Barnes with her husband and two sons.

Her first book, The Ice Boy, won the Fidler Award for a first novel, was shortlisted for the Branford Boase Award and the West Sussex award. Her second novel, Murkmere, was longlisted for the Guardian Children’s Fiction Award.

In my new novel, The Devil in the Corner, one of the characters is fatally poisoned. Two other characters are implicated in the death: Maud Greenwood, the main narrator of the novel, and the young servant girl, Edie. Both have motives for murdering the victim, who is Maud’s cousin, Juliana Greenwood. There is also some suspicion hanging over the village pharmacist, though he is later cleared. The results of the post-mortem show that Juliana has died from arsenic poisoning and both girls have had easy access to the poison.

The novel is set in the mid-Victorian period when there was little regulation of the sale of poisons to the public. Chemists and druggists dispensed not only medical advice to customers but their own ‘cures’ made to order. They were often ignorant of the properties of the drugs they prescribed. More significantly, they were able to sell deadly substances over the counter, such as arsenic and laudanum – even prussic acid (cyanide) and strychnine – for a few pence, though from 1851 they had to be kept in a poison cupboard and sales recorded in a register.

Throughout the Victorian period there were cases of druggists mistaking arsenic for arrowroot, magnesia, chalk powder or talcum and making it up into preparations that were fatal for their customers. In my novel Maud suspects the local pharmacist of poisoning the whole village with his ‘miracle cure’ – which Juliana Greenwood is also taking. Maud knows very well that there is arsenic in his poison cupboard, as does Edie – Edie, who worked for the pharmacist before she came to work at Windward House. So both girls have the means of obtaining it. But both girls also know there is arsenic present at Windward House already, in a box labelled ‘Fowler’s Solution’.

I decided on arsenic as the fatal poison that would kill Juliana because it was convenient for my plot. It could be administered over a long time and the victim would only gradually succumb.

‘Arsenic was administered in small doses, not at all calculated to produce death all at once, and when it was stopped, the man got better. The effect of continual administration of small doses of arsenic would be to gradually cause the powers of the body to languish’

It is extraordinary to read now how arsenic was everywhere in products in the Victorian home. It was the key ingredient in Fowler’s Solution, used to kill vermin but also seen as a cure for skin disorders, cancers and fevers. Almost every household had a box of Fowler’s, as there is at Windward House, where Juliana dies. Arsenic was believed to be highly beneficial as a medicine and in small doses was thought to cure malaria, asthma, even morning sickness. In the household it could be found in candles, cooking utensils, children’s toys (!) and sweets, home furnishings and flypapers, though present in amounts well below the lethal dose of 4 to 5 grains.

Since it was so easy to get hold of and so affordable, it was the ideal choice for murderers. It was also difficult to detect during post-mortems. Through the 1840s there seemed to be an epidemic of fatal arsenic poisonings as reported by the newspapers: ‘We dread it of nights…in our bread…our wine…our sauce’. These sensational reports made compelling reading and helped sell newspapers, but they conjured up a real fear in the public because arsenic was so difficult to recognise. It had no taste or smell, looked like flour or sugar, and could be added to food and drink – a grain in a cup of tea or a bowl of soup would be drunk without suspicion. If this happened over a period of time the victim would eventually die, just as Juliana Greenwood does.

It’s said that poison is particularly favoured by women as a means of murder. Death can occur without the need for physical strength, violence or bloodshed. Once administered you don’t need to be there at all. Your mind needn’t register its horror – though in fact both girls in the novel are present at Juliana’s death.

So as the post-mortem report concludes, it is arsenic poisoning that has killed Juliana. Both Edie and Maud have had a motive for murdering her. But which girl is it? 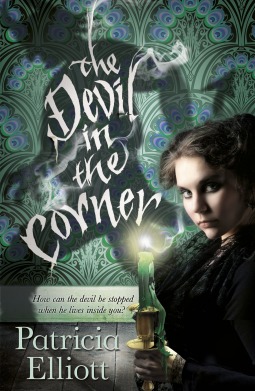 Penniless, and escaping the horrors of life as a governess to brutal households, Maud seeks refuge with the cousin-by-marriage she never knew. But Juliana quashes Maud’s emerging friendships with the staff and locals – especially John, the artist commissioned to restore the sinister Doom in the local church. John, however, is smitten with Maud and makes every effort to woo her.

Maud, isolated and thwarted at every turn, continues to take the laudanum which was her only solace in London. Soon she becomes dependent on the drug – so is this the cause of her fresh anxieties? Or is someone – or something – plotting her demise?

Is the devil in the corner of the Doom a reality, or a figment of her imagination?

Devil in the Corner is out now!

Come back tomorrow for my review 🙂