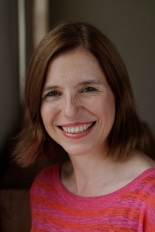 Ghosties and ghoulies and long-legged beasties
What makes scary so seductive?

A guest blog from Undiscovered Voices 2012 winner Sandra Greaves, author of The Skull in the Wood. Published by Chicken House, it’s a contemporary ghost story set on Dartmoor – and distinctly spooky.

Giant spiders are coming in from the cold, and the shops are bursting with pumpkins and ghoul outfits. It’s that time of year again – the time of dark days and dark tales. But what draws us to ghost stories and scary movies? Why do we enjoy frightening ourselves silly?

I love being spooked, although for me it can easily tip over into abject terror with certain horror films. I can’t take splatterfests, I don’t like overly-realistic vampires, and I’m none too keen on lonely motels. But a good psychological ghost story has me gripped, like Michelle Paver’s wonderful novel Dark Matter, where the narrator is stuck alone on a haunted island in the non-stop darkness of an Arctic winter.

Part of it’s the adrenaline rush – your heart beating faster, your breathing more rapid. Fear, but edged with excitement – after all, you know it’s going to stop. Even if there’s no redemptive ending, you can close the book or leave the cinema when it’s breathed its last, emotions on an enjoyable high. There’s nothing like a good bit of catharsis.

But ghost stories aren’t just about fuelling up on adrenaline. They also allow us to grapple with the concept of mortality (or immortality) and to flirt with our deepest fears. Death is unknowable, but ghost stories get the dead walking, talking and stalking. And some of the spookiest ghost stories confront the reader with the stark inevitability of their own death.

High priest of horror Stephen King describes three types of terror – the Gross-out (‘the sight of a severed head tumbling down a flight of stairs’), the Horror (‘the unnatural, spiders the size of bears’) and the Terror – ‘when you come home and notice everything you own had been taken away and replaced by an exact substitute. It’s when the lights go out and you feel something behind you, you hear it, you feel its breath against your ear, but when you turn around, there’s nothing there…’

The Terror is the one I look for in a horror story. Neil Gaiman’s Coraline. Dark Matter. Robert Westall’s The Scarecrows. It’s about turning the normal ever so slightly on its side so that nothing will ever be the same again.

Happy Hallowe’en.
And don’t go walking on Dartmoor on your own. If you know what’s good for you. 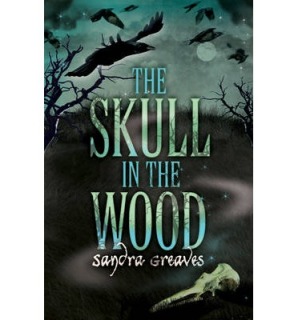 Deep on Dartmoor, cousins Matt and Tilda discover a skull. And from that moment black things happen. Birds and animals turn bad, and there’s talk of the return of an old curse.

The Skull in the Wood is out this autumn, published by Chicken House,
for 10+ readers.