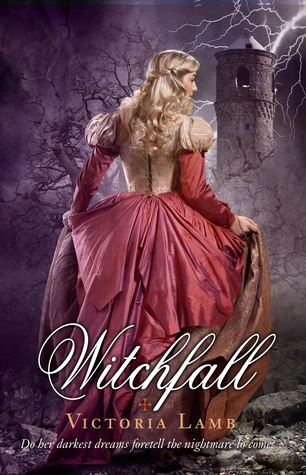 How did I get the book? Received from the publisher, in an exchange for an honest review.

Synopsis: London, 1554. At the court of Mary Tudor, life is safe for no one. The jealous, embittered queen sees enemies all around her, and the infamous Spanish Inquisition holds the court in its merciless grip. But Meg Lytton has more reason to be afraid than most – for Meg is a witch, and exposure would mean certain death. Even more perilous, Meg is secretly betrothed to the young priest Alejandro de Castillo; a relationship which they must hide at all costs.
In the service of the queen’s sister, Princess Elizabeth, Meg tries to use her powers to foretell her mistress’s future. But when a spell goes terribly wrong, and Meg begins to have horrifying dreams, she fears she has released a dark spirit into the world, intent on harming her and those around her.

200words (or less) review: I honestly can’t remember the last time I picked up book 2 in a trilogy/series straight after reading the first but 10 minutes after finishing Witchstruck I was already halfway through chapter 1.

Now at the court Meg has to be even more careful. Princess Elizabeth is being watched at every turn and Spanish Inquisition is just one of many things Meg has to contend with. The danger Meg is in comes across more in Witchfall, I was worried about her in the previous story but this time I was in an emotional knot from start to finish.

A lot happened in Witchfall, the Spanish Inquisition plays a big part in the first half of the book. Victoria Lamb certainly made it uncomfortable reading at times, the writing had me convinced I was right there with Meg.

I think because I care so much about Meg everything that happens to her this book is just affected me more. Including (pleasantly and also surprisingly) her relationship with Alejandro de Castillo, I think I have my first fictional crush ever.

My one complaint; I couldn’t pick up the next book straight after!

3 thoughts on “Witchfall by Victoria Lamb”