How did I get the book?  Netgalley, thank you @ Bloomsbury Publishing Plc 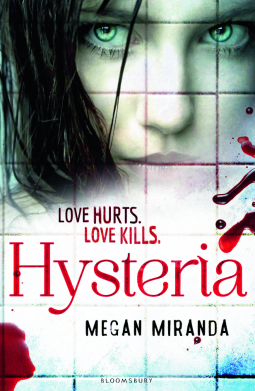 Synopsis: Mallory’s life is falling apart. Her boyfriend was stabbed. He bled to death in her kitchen. Mallory was the one who stabbed him. But she can’t remember what happened that night. She only remembers the fear . . .
When Mallory’s parents send her away to a boarding school, she thinks she can escape the gossip and the threats. But someone, or something, has followed her. There’s the hand that touches her shoulder when she’s drifting off to sleep. A voice whispering her name. And everyone knows what happened. So when a pupil is found dead, Mallory’s name is on their lips. Her past can be forgotten but it’s never gone. Can Mallory live with that?

200words (or less) review: Mallory killed her boyfriend. It was ruled as self-defense but her memory of the night is hazy so it’s left to the reader to discover, with Mallory, how guilty she is.

With Mallory so stressed and only being able to sleep with aid of strong medication it’s not clear if she imagines being haunted or if her ex is really stalking her from beyond. There are bruises on her back, voices and she’s being followed.

What I liked about Hysteria is that you’re in the same boat as Mallory. You don’t know until quite late what happened that night or if the haunting is just in her head.

As the story is narrated by Mallory you get a good insight into her character but I felt others could have been explored better. Reid doesn’t have a great deal of depth. Colleen (her best friend) is a great character, who goes beyond the call of duty but why these two girls have such a loyal friendship isn’t really explained.

Megan Miranda writes in such a way that it’s easy to get lost in the story. I pretty much read Hysteria in one go and enjoyed myself in the process.

2 thoughts on “Hysteria by Megan Miranda”