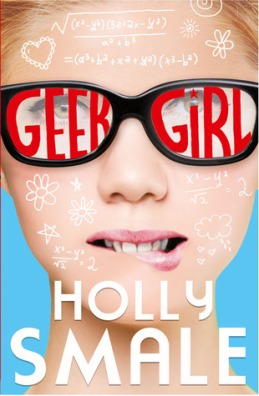 How did I get the book?  From Netgalley, thank you @ HarperCollins UK

Synopsis: Harriet Manners knows a lot of things. She knows that a cat has 32 muscles in each ear, a “jiffy” lasts 1/100th of a second, and the average person laughs 15 times per day. What she isn’t quite so sure about is why nobody at school seems to like her very much. So when she’s spotted by a top model agent, Harriet grabs the chance to reinvent herself. Even if it means stealing her Best Friend’s dream, incurring the wrath of her arch enemy Alexa, and repeatedly humiliating herself in front of the impossibly handsome supermodel Nick. Even if it means lying to the people she loves.
As Harriet veers from one couture disaster to the next with the help of her overly enthusiastic father and her uber-geeky stalker, Toby, she begins to realise that the world of fashion doesn’t seem to like her any more than the real world did.
And as her old life starts to fall apart, the question is: will Harriet be able to transform herself before she ruins everything?

200words (or less) review: Geek Girl is really fun, the moment Harriet gets “discovered” is hilarious and still one of my favourite scenes in the book.

Harriet is the reason this book works so well, she’s likeable, funny (not always intentionally) and of course a geek. She takes the whole first chapter to explain just how much of one. As characters go she’s definitely someone I’d get on with in real-life. We could bond over our extreme klutziness.

I liked Holly Smale’s writing, it’s full of humor and the pacing is quick. Harriet might be at the center but her family and friend (+ friendly stalker) contribute plenty. I loved Toby and Nat but it was really Harriet’s father that stole the show. His heart is in the right place but he sure messes up along the way. It’s one of the rare occasions that you can really see a family resemble in characters.

I want to say I think the story is over the top but I have a feeling it’s not. Did I need a love interest? Not really, I think Geek Girl would have been fine without it but their first meeting is unique and entertaining.

Geek Girl is certainly a keeper.

You can't see me. I'm a cat ball.
Arrived today, The Patchwork Girls by Elaine Everest 🪡
Thank you @matildascatproducts we can't even get the bears 🐻 put of the box. Angel has never been so excited as these bears make her. I will need to order a surplus as she killed the one we won with @catsguidance within 3 days. 🤣
Sitting in the garden and reading #amanandthiscat #manga
Surprise #bookpost from #everythingwithwords
New #bookpost has arrived, thank you @bloomsburychildrens