I’m really happy to welcome back Ruth Warburton, author of The Winter Trilogy. 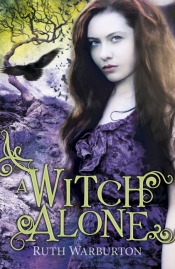 Big thank you for coming back to visit. Please help yourself to cheese, I stocked up. 😉 (Confused, the cheese and many other things are explained here.)

It’s gone, over, done, finished. How does it feel?
Um… weird! Sad in a way – because I’m saying goodbye to a lot of characters who have felt incredibly real to me. Good in a way, because I’ve seen them to the end of the their journey and – I hope – done their story justice. Exciting in a way, because I’ve got a new project now (see below!) and can’t wait to get cracking on that…

Are there more stories waiting to be told for the residents of Winter?
(Such as Emmaline? *hopes*)
Not at the moment – not Winter (nor Emmaline). But maybe in the future – I wouldn’t rule it out.

I will hold on to that.

After you sent the final draft, what did you do?
Blimey – I really can’t remember. I expect I had a cup of coffee and started work on book 4. I had a lot going on in my personal life when I was writing book three (my dad was very ill) so I was writing between hospital visits and cobbled-together childcare. It’s all a bit of a blur to be honest.

Your favourite character?
Ooh that is mean! -Cue evil chuckle form Luna-
I’ve been asked this before and I said it’s like being asked to choose your favourite child. Bran was my favourite to write – but I wouldn’t want to be him (or be with him). Emmaline would be my favourite person to know, and is maybe the nearest thing to a self-portrait in the book. But of course I love them ALL!

Favourite scene/book to write?
Favourite book – I can’t say. They all had their best of times and worst of times. Favourite scene… gosh there’s loads. I loved writing the courtroom scenes in book 2, and the mine/gulag scenes in book 3. I never knew I enjoyed frightening people so much until I started writing YA! I’ve always thought of myself as quite a gentle person but clearly there was this psychopathic streak all along just waiting to be let out…
One scene which I had great fun with but isn’t in the books is a scene I wrote from Seth’s perspective, where Anna casts the spell on him. It was just a character exercise to work out how it might feel from his point of view, but it was really fun to step outside Anna’s head (three books in one head is a long time). I might post it on my blog one day…

Ohh please do, I’d love to read that.

Bookcover? (Did you have any input in the design?)
I like book 1 best – not sure why, it’s something about her expression, the way she looks kind of young and unprepared for what’s about to happen. But maybe too it’s because it’s my baby, the first book cover with my name on it. Which is pretty special. I didn’t have any input into the design apart from to suggest tweaks after it was done (book 2 for eg, the girl was originally wearing a necklace, and I suggested it was photoshopped to a ring to tie in more with the plot). Actually I just published a blog from the woman who designed the covers, Michelle Brackenborough, if you’re interested in the process… http://www.ruthwarburton.com/2013/01/28/how-a-book-cover-or-three-gets-made/

And because I’m really mean:
What did you dislike the most about writing The Winter Trilogy?
Um… I wish I had a good answer for this but nothing really traumatic has happened to be honest. I suppose in a bizarre kind of way, it would be the same answer for both the best and worst thing – getting published.
That probably sounds strange, and of course I’m thrilled and amazed that I got published – I still have to pinch myself when I realise that I’m getting paid for something that’s essentially me just having fun. But at the same time it’s VERY weird having loads of other people read your stories and comment on them. I’m quite a private person really, and before I got published only about three or four people had ever read my stories. I still find it very, very odd that anyone – friends, colleagues, Great Aunt Mildred – can go into a bookshop and read my books without me even knowing about it! I wouldn’t say that’s a WORST thing though. Just something I’m still getting used to.

Can you tell us more about your trip to St Petersburg? (You mentioned last time you went for research).
Oh it was brilliant – I went with my best friend from school, Meg, and we spent five days going round St Petersburg and finding out all sorts of stuff that was really quite incidental to the plot, but surprisingly hard to find out from the internet. Like, I knew there was a port in St Petersburg, but I had no idea whether it would be open to small boats, or only huge ferries.
Meg and I walked all the way from the apartment we were staying in along Vasilievsky island (which, by the way, is miles – a hell of a lot further than it looks on the map). We got to the tip only to find a huge soviet-style ferry port guarded by a lot of serious looking men with guns. We didn’t speak Russian and they didn’t look like they would answer questions anyway. I was massively pissed off because there was quite clearly no-where for a boat like Seth’s to moore up. But Meg refused to let me go back to the hotel and dragged me further and further into this huge concrete complex. At last, round the back of the ferry port, we found the sailing port, complete with yachting marina. All the boats were out of the water for the winter, because we were there in October and it was going to freeze soon, and it was deserted and rather spooky – but just perfect for the plot. Then we staggered home on the bus to put plasters on our blisters

I’d highly recommend St Petersburg for a city break – the food was amazing (you have to go to the Stolle Pie Shop and have a cabbage pie – it sounds unappealing but trust me, they are sweet and silky and absolutely to die for). It was very cold when we were there – already snowing – but absolutely beautiful. A bit like a cross between Gothenburg and Paris, only a bit grittier.

What other places to you like to visit or want to in future?
I love Paris. I recently went on a writing break there – nothing to do with the book, I just wanted to get away from it all. I holed up in a hotel room in the Marais for four days and only ventured out for meals. A large chunk of my current book was written there.

Do you ever re-arrange book displays in bookshops?
Me? Perish the thought. [Whistles innocently.]

You mentioned you cooked, can you share your best dish?
I do a very good aubergine parmigiana which is time-consuming but easy to make. You fry slices of aubergine in olive oil a non-stick pan, then layer it up in a lasagne dish with torn-up mozzarella (buffalo mozzarella is the tastiest, if you can afford it, but if you are feeling poor then normal mozzarella is fine). Then you make a regular tomato sauce (garlic, celery, carrot, tomato, onion if you like, basil – make sure it’s not too thick so don’t reduce it too far) and stir in a few handfuls of grated parmesan. Pour over the top of the aubergine and mozzarella, and top with more parmesan. Serve with a big green salad and lots of bread (ciabatta or baguette). It fulfils my key criteria for a good dish, which is lots of CHEESE.
I also do a brilliant goose-and-ham pie, but that’s a once-a-year thing at Christmas as it’s not often you have leftover goose and ham in the house at the same time.

I’ll be trying the aubergine parmigiana and shall report back.

And finally, what’s next?
I’m working on my fourth book, called Witch Finder. It’s set in the same universe as the Winter books and has the same system of magic, but it’s set in Victorian London, not present day Winter. It was partly because I loved doing the historical research for the Winter books, and wanted to do something set in the past, and partly because I thought the Malleus were really a bit wasted because they don’t come into A Witch Alone at all. So I decided to do something about them. The hero, Luke, is a blacksmith, well, a farrier in fact, as I’m sure he’d point out, and is about to be inducted into the Malleus Maleficorum. Part of his induction is a requirement to kill a witch, whose name is drawn at random from a book of witches kept by the society. Luke is disgusted when he draws the name of a sixteen year old girl, thinking it will be too easy. Of course it turns out to be harder than he could possibly imagine.
Writing it got me thinking about the large number of predatory guys in YA fiction. It’s kind of weird that the love interests in YA are so often controlling, obsessive or actual honest-to-god killers. I don’t know about you but I’d find it pretty worrying, dating someone who has offed half a dozen people by the age of 18 (even if they’re killing demons or whatever). Luke kind of fits this profile in that he is sent to kill Rosa – but in writing it I tried to take a long hard look at how that would really play out, and the kind of damage it would do you as a person.

Ruth Warburton you have been awesome. Thank you so much for visiting again. 🙂

Flooooof #cat
Best Sunday.
Arrival of the 4th Pages & Co by @acaseforbooks #AnnaJames
The #bathbombs have landed. Have ordered from @shabbyheartskincare before and loved the bath bombs and crumble. Treated myself to another collection and it arrived today. The bathroom smells wonderful ❤️
Can you have too many @mariekeyn #books - the answer is no. It's never too many. There should always be more.
I have no idea what she's done but she's hiding like she did something 🤣